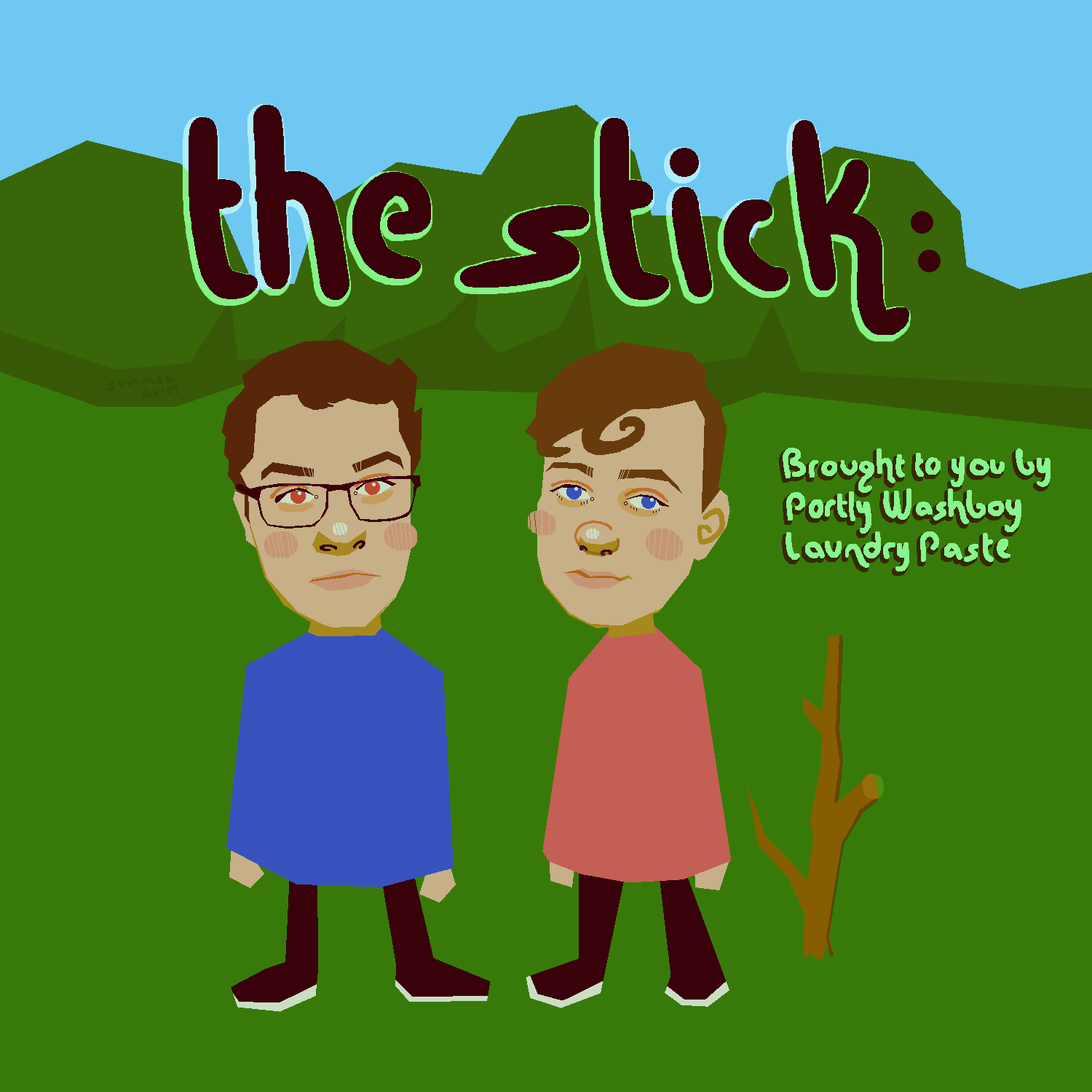 Welcome to our first annual Halloween episode of The Stick! We’re covering the very first Homestar Runner Halloween cartoon, Homestarloween Party. The Cheat is immune to propaganda, Pom Pom is a Funko Pop, and Homestar Runner made an album with Steve Albini.Featuring Eden & DavidArtwork by Summer GeistMusic by Hyperchicken

David and Matt are joined by our friend Zøe (@monsantobama), famous Washington goth girl and poet, to discuss the ultimate in teen swag, Treats by Sleigh Bells. We had no choice but to stan the short king of Derek Miller. Some day Matt’s nuts will fall back through the atmosphere to earth and be reclaimed by the ocean.Artwork by Nicky Flowers (@yiffpolice)Music by Animal Style (@nmlstyl) 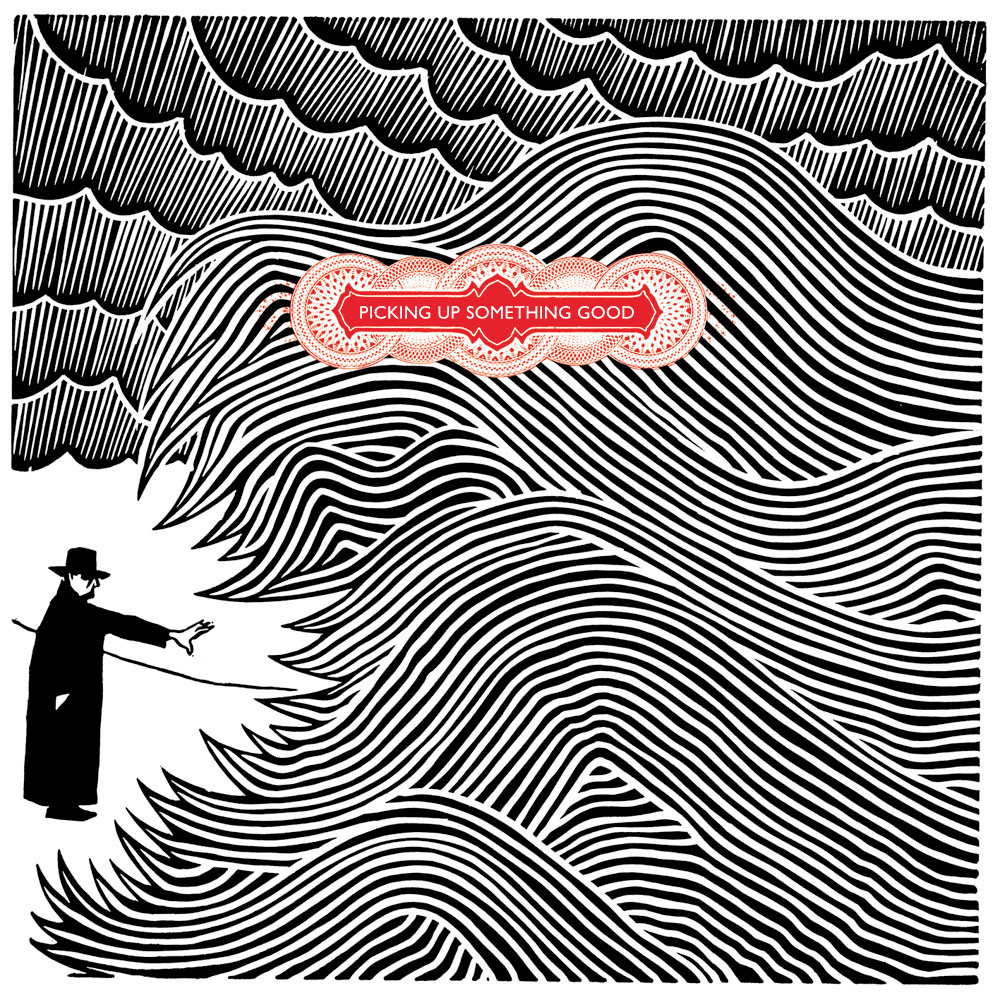 Picking Up Something Good

Nicky Flowers (@yiffpolice) has never listened to Radiohead. Meys (@echovessel) has. Picking Up Something Good is a limited event prestige podcast from Noise Space and neo-detritus where Nicky and Meys will run through all of Radiohead’s output, album by album.This week, David of Tuning Fork and The Stick joins us to talk about Thom Yorke’s 2006 solo album, The Eraser. For more information, please visit our website at ThomYorkeTheEraserAlbumCover.com.

This time we’re joined by Nick of the bands For Everest, Bot Garden, and Hard Pass to talk about some Hard Rock, made by Brian, David, and Gilbert Japandroid. We also talk about baseball… and Mark Ronson because we couldn’t not talk about him unfortunately.

Comments Off on 8 – Celebration Rock by Japandroids (8.8)

Welcome to Eden and David’s Bring Your Own Hot Jones Puppet Party (B.Y.O.H.J.P.P.)! Come on in and listen to us talk about our fine felt friends, the puppet Homestar crew. Put on your cool cool shades and put your little girl to bed, while we podcast so good, we may need subtitlés!Ooooh, we just recorded that… Podcast…

Comments Off on 9 – Santam’n is a Blade Man

David and Matt welcome Sara of Fearbaiting, The Wonder Yeerks, and HKIPGTD to talk about Bloc Party’s 2005 album Silent Alarm. We learn about such things as life under capitalism, war for gasoline, and extremely specific mousepads. Don’t tell Oasis about this episode.Follow Sara: @SunhatZhenya @TheWonderYeerks @Fearbaiting @HKIPGTD

Wait, this isn’t Tuning Fork. Anyway we’re reviewing the only Homestar Runner music album that ever got released. It turns out that getting run over is the act of getting hit by a moving vehicle, usually on Halloween.Art By: https://twitter.com/stellarghostTheme Song: https://soundcloud.com/commonsense-full-ep/always-besing-dosing

Comments Off on 8 – Strong Bad Sings And Other Type Hits by Strong Bad (5.2)

Welcome Back to the David and Eden Podcast Progrum! Brought to you by Portly Washboy Laundry Paste! In today’s thrilling adventure, our hero’s investigate the mysterious other worlds that have appeared in Free Country USA. Visions from the past, the future, and Japan! What dwells in these other realms? What do they want? Who is Fort Wayne Locomotive? All this and more, will be answered, forthwith!Art By: https://twitter.com/stellarghostTheme Song: https://soundcloud.com/commonsense-full-ep/always-besing-dosing

Comments Off on 7 – Actually Makes Parsnip Pie, Like A Boss 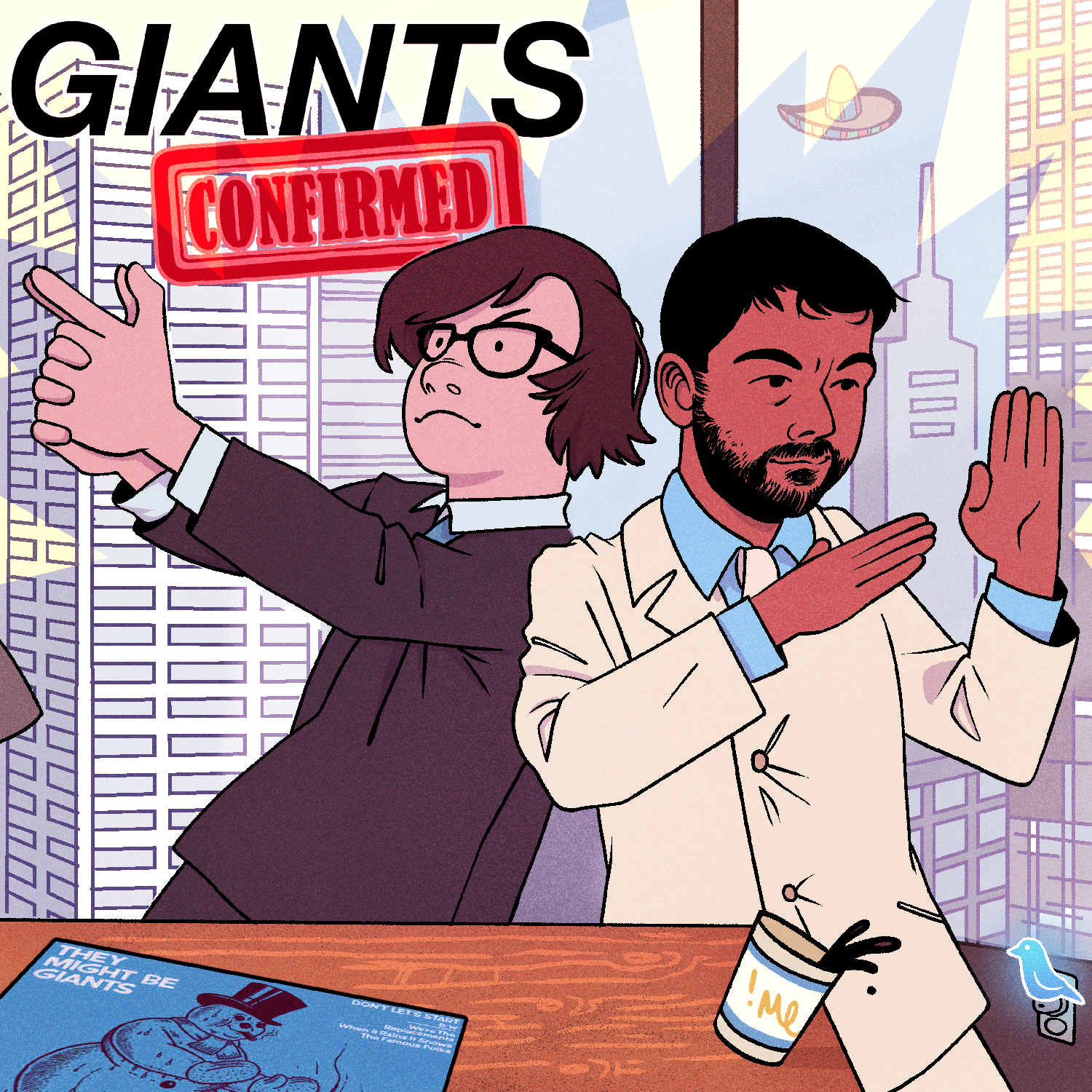 Giants Confirmed is back in its snail shell and ready to talk about TMBG’s fifth studio album, 1994’s John Henry! The Johns’ rhythm section want ad has finally been answered, and to celebrate, Trevor and Matt invite friend-of-the-show David (host of other fine NoiseSpace podcasts such as Tuning Fork and The Stick) on for the episode to discuss the duo’s transition to a full-band sound, as well as which TMBG songs are about doing drugs, which ones are about nazis, and even John Flansburgh’s undeniable artistic influence on the Atlanta hip hop scene.