Many will tell you Roy is finally back on HKIPGTD! She and Sara are here to discuss the overwhelming everything of it all. Topics include passing the joink over Zoom, giving Joe Kennedy III the ol’ spinorama, the funniest way to have your First Amendment rights denied, and a journey through a very website website. Featuring Roy and Sara Edited by alex leafcrunch Music used: The Taxpayers - Evil Men Yasuaki Iwata - Visitor Arrival

What the fuck is up, gamers! Today, Val Matt and alex discuss the supreme court, reopening schools, the Liberal Party of Canada, and other extremely fun, relatable topics! No Brasilian presidents were harmed in the filming of this podcast. Due to some technical issues, Val’s audio is rough but improves around 13 minutes in. Apologies for that! Hosts: matt gamecube, val flightcub, alex leafcrunch (who also edited) Music used: The Taxpayers - Evil Men Gary Jules - Mad World Koji Kondo - Super Mario Bros. 2 Overworld Theme

Comments Off on 102 – UCP On Margaret Thatcher’s Grave

We're back! After about a month away, Matt and Sara reconvene to talk a little bit about the protests (they're good), the cops (they're bastards), and the McChicken-style projectiles that the police have been assaulted by (they're tasty!). We also talk about Matt Gaetz's very real adult son, one of the most provably wrong right-wing adages, and a potpourri of internet news! Struggle well, human. Full Metal Statue! Find links to support the Black Lives Matter at https://blacklivesmatter.carrd.co/ Hosts: Matt and Sara, who also edited Music used Evil Men - The Taxpayers Naruto Main Theme - Toshio Masuda

What if Batman had cilantro instead of a superiority complex? alex and Val talk about a lot of other issues before we get to this question, like Joe Biden and Garfield Eats, but those are less important.Hosts: alex leafcrunch and Val flightcub who editedMusic used: Evil Men – The Taxpayers Batman Theme – Neal Hefti

Matt, Val, and Sara continue to have a very normal and regular one this episode. They discuss J*cob W*hl, the Supreme Court, the virus, and #regimechange #tactics #crossfit. There’s also a healthy dose of tangents, and some Marge Simpson voice thrown in at the end.Music used: Evil Men – The Taxpayers Ladies – Fiona AppleEdited by Val

Comments Off on 99 – Hashtag Silvercorp, Again

Avengers who? Say hello to the most ambitious crossover event in history as Ciarán from Corner Spaeti comes on to give us all the info we need about last week’s Labour leaks, and we commiserate over the universal experience of moderates sabotaging the progressive wing of our country’s party. We also talk about the political alignments of the Mushroom Kingdom denizens, Sean Bean’s nomenclature origins, and O.J. Simpson!Ciarán can be found on Twitter at @CiaranDold and on Corner Spaeti, which can be found at operationglad.io!Featuring: Sara, Matt, ScotMatt, alex Also edited by SaraMusic used: Evil Men – The Taxpayers Demi…

Comments Off on 98 – Our First Milky President

Val and Sara discuss healthcare, electoral politics, the virus, and the effects of each on the others. Plus ska, Yogi Bear, what a son debate might sound like, and Sara’s presidential bid as America’s first ever business-lady President.Nicknames this week come from this article, a Medium op-ed (not an article from The Onion as stated in the episode)Music used: The Impression That I Get – The Mighty Mighty Bosstones Evil Men – The TaxpayersEdited by Val

Folks, we may be stuck at Pokémon HOME for the foreseeable future but you can’t deny that soon we’ll be Pokémon Laughing All The Way To The Polls! Join Sara, Val, Matt and the triumphantly returning Caroline for a definitely not pre-recorded livestream because they have all definitely still been alive for the past week. The celebs are at it again, animal crossing stonks are the only ones that matter anymore, and most importantly we reveal the official ice cream of the show. Also they talk about Joe Stories and him being dead a lot but they never say “Joe”st… 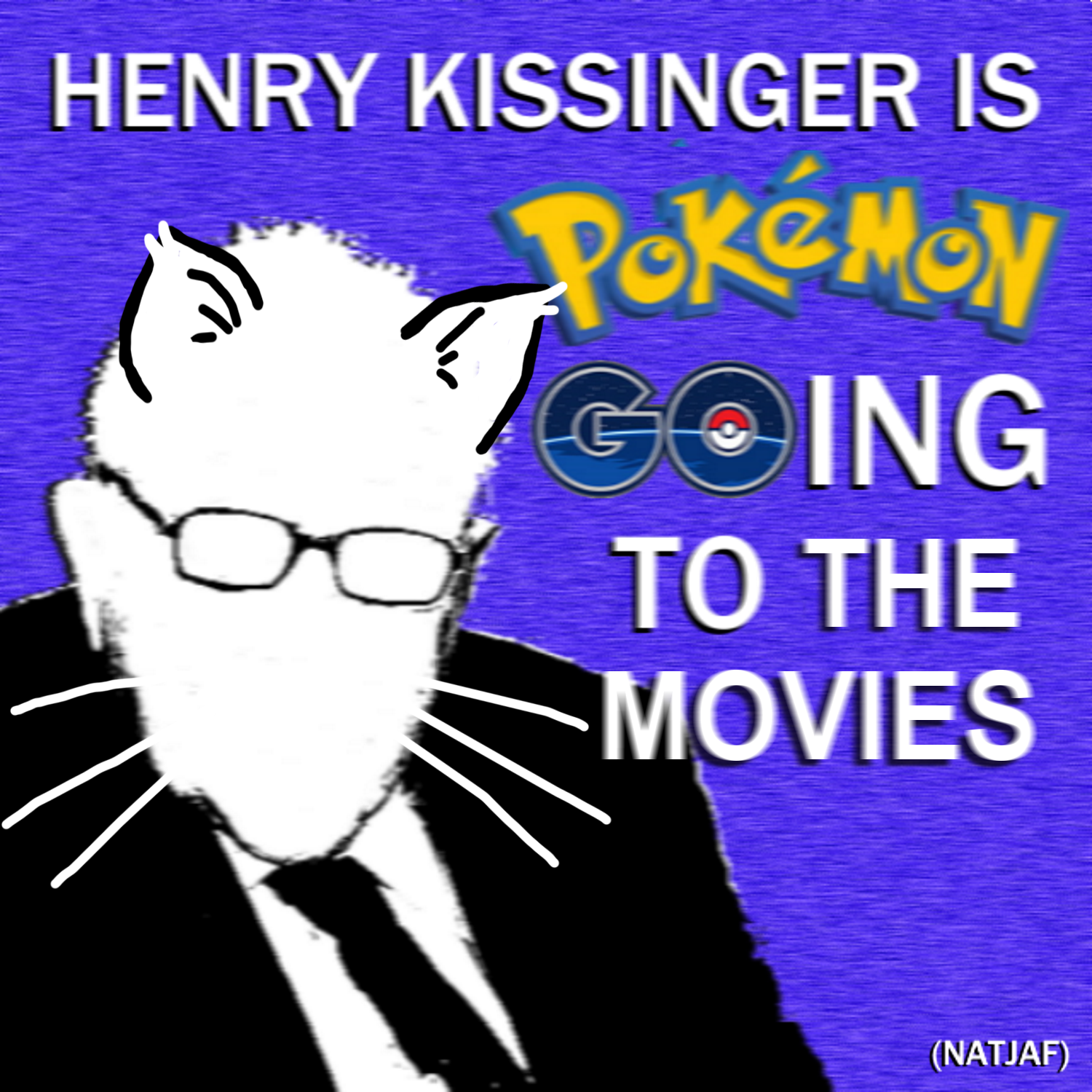 In this very special episode, Henry Kissinger is Pokemon Going to The Movies! Our discord streamed Cats (2019), and we just had to record an episode about it. Sam, Sara, Matt, and Val have a lot to discuss, and a lot to learn about cats- are they dogs? Tune in to find out!Edited by Val.

Social distancing can’t stop us from podcasting, baby! Sara and Matt are here this week to learn about what good polls are like, relish the death of the original Bitcoin, and talk about some comforting anime in this trying time!Hosted by Sara and Matt Edited by Sara!Music used: The Taxpayers – Evil Men Jeff Rosenstock – You, In Weird Cities