"Oops! (Almost) All Lightbringers!" This week, Val and alex talk about politics and news, for a little while. Topics include the American vice presidential debates, and the funny American president having the virus. Then, for the majority of the episode, they talk about things that have been making them feel happy. Intro: The Taxpayers - Evil Men Outro: Over The Garden Wall - Adelaide Parade 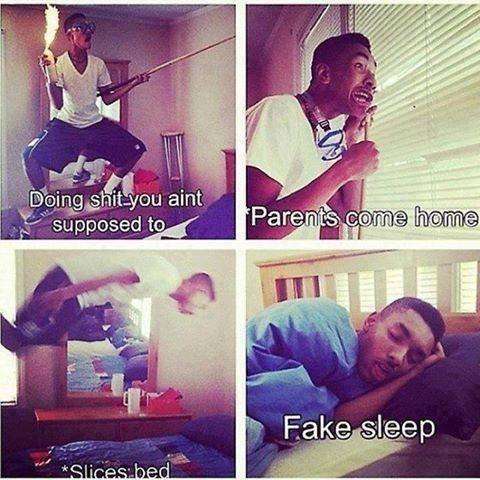 Bit of a bummer one this week, folks! Val and Sara are here to talk a lot about RBG's tragic death at the hooves (and horns) of a rampaging bull and the politicking that has followed the opening up of her seat on the supreme court. We also take a bit of time to discuss the literal actual genocide happening at the hands of ICE and settlers trying to brute force Mi'kmaq fishers out of their extremely legal fishing grounds. But on the bright side: the GarfieldEats guy is making a Quibi about GarfieldEats! And also, they want to sell…

Matt and Sara discuss the very truthful subjects of windmilling a pissballoon off your dick to own cops, salon entrapment, Pig Poop Balls, the Biden campaign shrinking into a corncob, and Joe Kennedy III making car crash history, which his family loves to do. They also discuss more serious topics like what's happening in Rochester NY right now, but let's be honest, we had you at "windmilling a pissballoon." Edited by Val, who also thinks Joe Kennedy III sucks. Intro Music is Evil Men by the Taxpayers Outro Music is a bit cursed but based of a Weezer song, censored…

In a special bonus episode, Sara and alex are joined by friend of the show John for a deep dive into the conflict between Haudenosaunee land defenders and Ontario land developers at Six Nations of the Grand River Reserve, as well as the centuries of historical events that provide context. If that sounds way too serious for HKIPGTD, don’t worry! It’s still got jokes in it!! Look at the title!!! (Note: alex says in the episode that she's going to throw it up on the patreon feed, but decided to put it in the main feed as a bonus episode…

Comments Off on Dig Doug Your Own Grave Fordnite

Hello fellow Democrats! Welcome back to HKIPGTD where we're definitely excited for the DNC!! Caroline gives an update on the big beautiful boat rallies of Portland, Sara talks the mail which no one is talking about at all, why is no one talking about the mail? Meanwhile the only Canada story Matt can summon is about a cigar-smoking sock puppet. No like, a literal sock. It's very stupid. Anyway, the Joe Biden song? I'm just going to retweet it instead of putting it in the episode. Also it's not a threat. Featuring Sara, Caroline and Matt. Edited by Matt. Music…

Comments Off on 104 – A Period of Extreme Problem

Many will tell you Roy is finally back on HKIPGTD! She and Sara are here to discuss the overwhelming everything of it all. Topics include passing the joink over Zoom, giving Joe Kennedy III the ol’ spinorama, the funniest way to have your First Amendment rights denied, and a journey through a very website website. Featuring Roy and Sara Edited by alex leafcrunch Music used: The Taxpayers - Evil Men Yasuaki Iwata - Visitor Arrival

What the fuck is up, gamers! Today, Val Matt and alex discuss the supreme court, reopening schools, the Liberal Party of Canada, and other extremely fun, relatable topics! No Brasilian presidents were harmed in the filming of this podcast. Due to some technical issues, Val’s audio is rough but improves around 13 minutes in. Apologies for that! Hosts: matt gamecube, val flightcub, alex leafcrunch (who also edited) Music used: The Taxpayers - Evil Men Gary Jules - Mad World Koji Kondo - Super Mario Bros. 2 Overworld Theme

Comments Off on 102 – UCP On Margaret Thatcher’s Grave

We're back! After about a month away, Matt and Sara reconvene to talk a little bit about the protests (they're good), the cops (they're bastards), and the McChicken-style projectiles that the police have been assaulted by (they're tasty!). We also talk about Matt Gaetz's very real adult son, one of the most provably wrong right-wing adages, and a potpourri of internet news! Struggle well, human. Full Metal Statue! Find links to support the Black Lives Matter at https://blacklivesmatter.carrd.co/ Hosts: Matt and Sara, who also edited Music used Evil Men - The Taxpayers Naruto Main Theme - Toshio Masuda

What if Batman had cilantro instead of a superiority complex? alex and Val talk about a lot of other issues before we get to this question, like Joe Biden and Garfield Eats, but those are less important.Hosts: alex leafcrunch and Val flightcub who editedMusic used: Evil Men – The Taxpayers Batman Theme – Neal Hefti

Matt, Val, and Sara continue to have a very normal and regular one this episode. They discuss J*cob W*hl, the Supreme Court, the virus, and #regimechange #tactics #crossfit. There’s also a healthy dose of tangents, and some Marge Simpson voice thrown in at the end.Music used: Evil Men – The Taxpayers Ladies – Fiona AppleEdited by Val